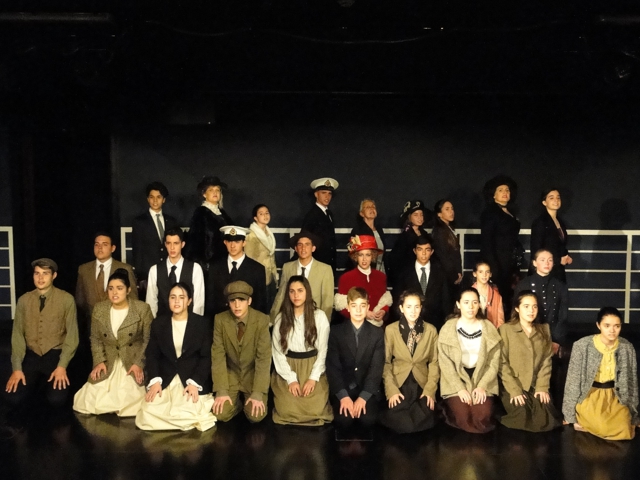 This is a truly unforgettable show.

This is a brilliantly surprising show. The story is simple and follows a girl called MARY as she embarks on a trip to America on the ill-fated Titanic. Her father Fred, who was one of the workers at Harland & Wolff the Shipbuilders, sees her off at Southampton.  Little does she know as the journey commences that he will stow away on the ship.

There are some incredibly powerful songs in the show and the end of the show which is at the moment of the ship's impact will be remembered for a long time as it is revealed who died and who survived!

This show has been performed TWICE in our very own theatre.

This show has a running time of approximately 50 minutes. You can change any part of the text you want.  You can add characters, cut lines, change the order of scenes, move the position of songs. In fact you can do anything you want EXCEPT resell it.

All of my shows have been performed by my own theatre company in our own theatre in Spain.   You can read more about us at www.networkstheatre.com  There are lots of photos in the gallery to inspire you!

©NickMooreWriting 2018. designed by www.infoexpo.es.
We use cookies to ensure that we give you the best experience on our website.
I accept